I’ve been quiet since starting this blog. In case anyone is curious, here’s what I’ve been up to the past few months. If you suffer (or suspect you are) from environmental sensitivities to mold or EMFs, I hope my observations and experiences are helpful.

I started this blog in late August, at the start of my senior year of college. I was optimistic – my health was the best it had been since starting college in Houston. I figured if I avoided the few moldy buildings that caused me obvious problems in the past, I’d be good to go and have plenty of free time and energy for blogging.

Avoiding mold in Houston ended up being a taller order than expected. Many buildings I hadn’t previously noticed as problematic ended up being so. When one is still mold toxic, it is difficult to notice a change in feeling when entering a moldy building because the body is used to feeling inflamed.

After time away from mold and clearing out mycotoxins, the body develops a much clearer sense for when it’s being re-exposed to mold. ‘Unmasking’ is the term describing this phenomenon. This past summer, I spent 4 months at my mold-free family home in New Jersey. That is the longest amount of time I’ve had away from moldy places since starting college.

Thus, my mold detection sense became much more accurate, and revealed that many buildings I once thought were fine were actually moldy. Only by trial and error could I determine which buildings were safe.

After a bout of extended mold exposure and then an unmasking period, the immune system becomes sensitized to mold and reacts very violently to re-exposures (‘mold hits’) as a protective mechanism. This response causes many symptoms including:

One mold hit is difficult enough to recover from – it can take days to clear out the toxins. In my first 72 hours back in Houston, I had no less than 15 mold hits. This in itself was exhausting enough. Then add in the despair of realizing that almost every building in Houston, including most of my assigned classrooms, are moldy. After trying over a dozen grocery stores, I did not find a single non-moldy one. I felt isolated and trapped to the confines of my apartment and a few non-moldy buildings at school.

It was a challenging month, managing the severe fatigue while making alternate arrangements for my classes and figuring out how to buy food. I managed to figure out solutions such as only buying food at a weekly outdoors farmers market. Aggressive detox methods were another lifesaver. By late September things were looking up, until…

Into the (EMF) frying pan

By early October I was in a bad state again. My focus was in the gutter. I was wracked with constant paranoia, the most down I have ever been in my life, and facing acne worse than when I was a teenager. My existence was wracked with pain and headaches. Heavy metals were likely a big player in these, given the immense relief I experienced from using chelating agents.

What the heck was going on? I was no longer being mold exposed, and these symptoms were different than those caused by mold. Finally, I thought to take some readings of the EMF in my apartment using a basic Cornet ED88T Plus meter. The radio frequency (RF) levels were several times higher than just a few weeks prior!

For almost 2 months, I spent most of my days on my bed under the Faraday cage canopy hanging over it. This was the only place in my apartment where the RF was low enough to not cause me constant pain. After this EMF exposure episode, I developed severe electromagnetic hypersensitivity (EHS, aka EMF sensitivity). Being in a classroom with a dozen other cellphones caused me headaches. Forget using one myself! I even had to stay away from certain running electrical appliances because of the electric and magnetic fields.

Eventually, I was able to get a professional building biologist to measure my apartment. No wonder I was having problems – RF levels were 750 uW/m^2! For reference, recommended limits for exposure from modern RF sources like Wifi or cell networks are 10-100 uW/m^2.

Back into the light

After consulting professionals, I decided that RF blocking window films would be the best solution. Careful evaluation is important to narrow down which EMF mitigation options are best for you. The measurement patterns suggested the RF was mainly coming from outside, rather than from my neighbors. These films worked beautifully, reducing levels in most of my apartment to 10 uW/m^2 or below.

It was a beautiful thing to finally be back in the main area of my apartment, seeing the sun shine. The previous almost 2 months under my Faraday cage, in my dim bedroom, were some of the most challenging times of my life. I felt isolated and caged (excuse the pun), utterly alone, questioning my place in a world where even being in public caused me pain.

Ultimately, this difficult period has also been one of great learning and personal growth. I’ve had to refine a lot of advanced detox methods and reflect on the emotional struggles that go in hand with chronic illness, and look forward to sharing my findings with you.

Even with all this suffering, things have not been all bad. I have been able to maintain enough focus to do well in my courses and travel for medical school interviews, gaining acceptance at one school already. Though chronic health challenges can be tough, if we keep in mind effective strategies to compensate, they need not stop us entirely from achieving our goals and moving forward in life.

A big thanks to:

View all posts by Andrew

7 Replies to “Environmental Illness Chronicles (Fall 2018) – Where have I been?” 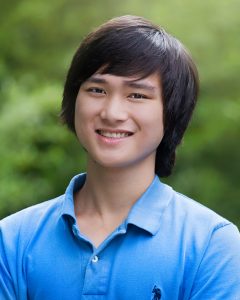 Hello, I’m Andrew. I’m here to help you take charge of your health so you can achieve high level success. Click here to learn more.